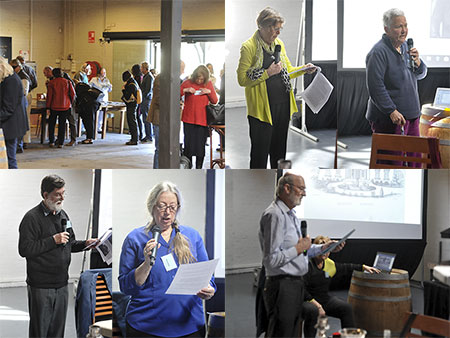 Our Descendants' Day at Dalwood on 7 September was a great success with about 200 attendees. Speakers included descendants of convicts, free immigrants, German vine-dressers, and new settlers who stayed at Dalwood to 'learn the ropes' from George Wyndham.

The AGM was held on Saturday 29 September 2018 at Dalwood Estate.

Dalwood Estate is now open to the public on weekends, allowing access to Dalwood House. 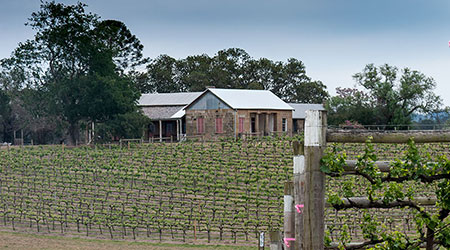 The 2016-2017 round of conservation works have been completed.

The AGM was held on Saturday 30 September 2017 at Leconfield House, Leconfield.


November 2016: Stage 1 of the conservation works

Stage 1 of the conservation works in conjunction with the National Trust started this month.

To preserve one of Australia's pioneer houses as part of our history for the enjoyment of future generations.

To complete the restoration of Dalwood House and to furnish it in a way which makes it accessible and interesting to the general public, with the active support of The National Trust of Australia(NSW), the Dalwood Restoration Association and Orlando Wyndham.

Dalwood House is one of the most important houses in the Hunter Valley. Begun by George Wyndham in 1829 on a 2000 acre property bounded by the Hunter River, 8 kilometres north of Branxton, by the 1980s, Dalwood House had fallen into disrepair and was in imminent danger of collapse. The walls were cracked and leaning, the iron roof was rusted and its doors and windows were no longer in place. Over the years it had suffered from the effects of foundation movement, rising and falling damp, vandalism and neglect.

In 1983, the Dalwood Restoration Association was formed to preserve and restore Dalwood House.

The Plan for Restoration

To ensure that Dalwood House can be preserved, it is planned to restore the building and equip it to serve both as a small function facility and as a museum, housing an extensive collection of material of importance to the Wine, Hereford Cattle, Thoroughbred Horse and Agricultural Industries. Displays emphasising its architectural significance are also planned, along with many personal interest stories of those who built and occupied one of the more significant properties in Australia's history.

Once the restoration is complete the building will be in good condition, fully stabilised and usable for the foreseeable future. It will also be able to generate income to defray on-going maintenance costs.

The project will make a significant contribution to the region, as well as preserving and making available to the public a site of national importance.

Dalwood occupies a unique place in the history of Australian settlement, and must be preserved.

Dalwood has therefore opportunities, once restored, to attract tourism interest from a number of different displays:

Restoration of the southern wing of Dalwood could offer sizeable open exhibition and meeting space, especially when offered in conjunction with the Grace Cardale Room and the two function rooms.

Historical exhibitions could cover a variety of subjects especially those listed above.

Income received from the following sources could therefore ensure that Dalwood House could remain financially viable into the longer term:

Once restored and properly presented, Dalwood House is fortuitously situated where it will be able to attract very large numbers of visitors to the region, including those who visit the adjacent winery and attend the Jazz and Opera in the Vineyards.

With the assistance of the staff of The National Trust, the Dalwood Restoration Association engaged architectural, engineering and construction consultants to prepare a comprehensive plan for the complete restoration of Dalwood House.

The report which resulted from this showed that restoration of the existing building will cost about $2 million. Reconstruction of the demolished wing, in suitable style, together with furnishing the building as a museum and small function centre will bring the total funds required to about $2.5 million.

There are three main reasons for the cost. Restoration work done in the 1980's partially restored and stabilised the original core of the building. However, this is the first time that a comprehensive plan has been developed for the entire house. Secondly it is now considered that the only way effectively to stabilise the house for the long-term is to underpin the foundations. Finally, the estimates include restoration of the floors, doors, windows and decorative stonework, especially on the exterior of the Grecian style pavilion.

Orlando Wyndham is committed to the future of the site.

The National Trust has given its approval, support and advice and is collaborating in planning for the future restoration activities and long-term preservation of Dalwood House.

Peter Wright, Memories of Far Off Days - The Memoirs of Charlotte May Wright 1855-1929. Armidale. Privately printed 1985.

It is most important that the future use of Dalwood meets two requirements:

Proposals under consideration include:

Agriculture has been and is still a major contributor to Australia's prosperity. George Wyndham's contribution to the establishment of agriculture in Australia will not be left unrecognised.

Dalwood's opportunity to be economically viable must be considered well above average as it is situated within a vineyard already visited by more than 200,000 people each year.

1886 Photographs of the Dalwood Vineyards are available to buy now from the Sales page ».